Emerge supports uploading both APKs and AABs. We recommend uploading an AAB as that will allow Emerge to produce the most accurate representation of what your end users will download from the Play Store, while also automatically including R8/Proguard mappings for accurate Dex breakdown.

We recommend uploading a release build for the most accurate representation of what your users will see, but also support debug and other variants.

Run the following gradle command to build a release bundle.

Your specific build command/process might be slightly different, so use whatever you or your team runs to generate the release bundle you submit to the Play Store.

Change the build variant to release in the "Build Variants" pane. You can find this pane in the bottom left sidebar of Android Studio, or by selecting "Build" > "Select Build Variant..." from the top menu. 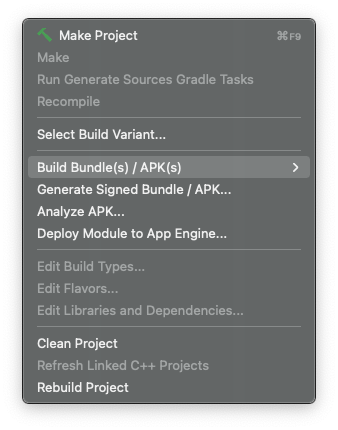 Locate your build in finder

Your generated bundle should be located in app_module/build/outputs/bundle/release. Right click on the .aab file and select "Open in" > "Finder". 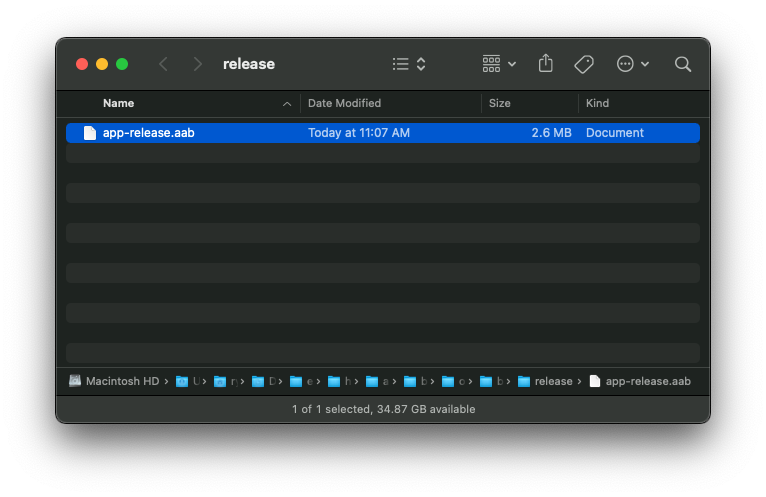 Drag and drop to Emerge

Once you've found your bundle in finder, simply drag and drop the file into Emerge's dashboard. Your build will begin processing and should have a full breakdown within minutes!